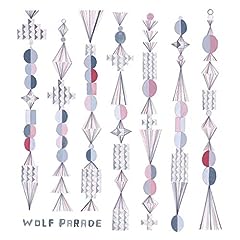 I'm not the most pop culture literate guy out there, but I try to keep up on what people like - at least people whose tastes I've come to admire and respect. Finding music that doesn't insult your intelligence actually isn't terribly difficult anymore if you put a little effort into it and cast a wide enough net. With all the reviews on Amazon, blogs, message boards, etc. you have no excuse except for having a job, a life, or something superficial like that to get in the way of your art consumption. My problem is that I'm just lazy, and I want to listen to what I like. I always hate my favorite albums the first five times I listen to them, because music appreciation is - somehow - work for me.

I wish I had that ear that just hears a song and immediately recognizes the genius of it. Alas, I belong to the fallen majority of humanity who needs to be told that art is great. Not that I blindly accept what I'm told with not personal filtering, but I have to have something to filter - and there's lots of music data on the internet to sift through in search of the next gold nugget. So that's a caveat for my ignorance of the contemporary music scene.

With that said, I can go ahead and state with certainty that Wolf Parade's Apologies to the Queen Mary was my favorite album of 2005. From the first track, a Modest Mouse-like tune called You Are a Runner and I am my Father's Son, the work sears with energy. The obvious favorite on here is "Grounds for Divorce", a sprawling exploration of new new wave silliness, creatively bouncing and whimsical bass work, and a fuzz guitar / synth duo that makes you pump your fist. At once angst-ridden and optimistic, Wolf Parade excel at showing the unfinished surface of modern pop - without making you feel like you want to kill yourself (the singer's voice is fairly reminiscent of pre-Nevermind Cobain, though I haven't yet found agreement on that with other fans).

My favorite track is Same Ghost Every Night, a ballad of haunting synth lines mixed with a practically blues-driven chord progression. The musical idea Wolf Parade demonstrates through their work is readily accessible, I feel, yet fresh and honest. Oscillating between indie anthems, fuzz rock, and four-to-the-floor drumming, the compositions combine elements that work in novel, if not revolutionary, ways.

A friend of mine who has an ear for awesome music on the margins of culture called the album "annoyingly epic". He also says Appetite for Destruction is a great album, and you don't get more annoyingly epic than that. So what do these music snobs know anyway? This is part of the danger of letting a gatekeeper - industry or indie community - do the filtering. How much good music has been kept from me by pretension? Wolf Parade deserve a listen, even if they don't reach your peak ideal, and it's those worthwhile bands that need to be touted.

Therfore, I highly recommend you check this album out, taking into account of course the caveat that began this review. It may not be the most sophisticated stuff you ever hear, granted, but it's sufficiently interesting to stay in your car for the next year. Music with this much immediacy comes around only once in a blue moon - and God damn the indie hipster snobs for making me second guess it.