Marketing is not radical 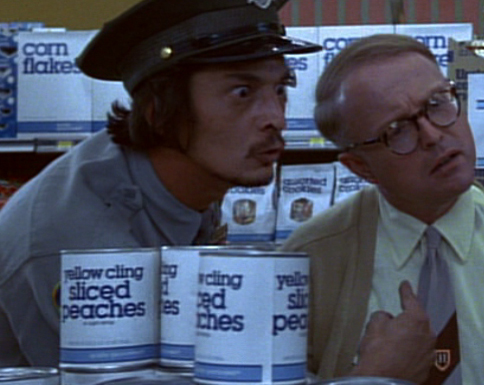 When I first joined the Libertarian Party, I heard a lot of talk about "the Libertarian brand". The concept encapsulated the frustration of LP members who had to not only run longshot, underfunded campaigns, but also had to educate the public at large about what their party actually stood for. Until we could get "brand recognition", an LP candidate couldn't really use the "libertarian" label without causing more confusion (indeed, I and many other LP activists were often confused for LaRouche supporters!). I recall many candidates shying away from the descriptor; it was often a stumbling block rather than a shortcut.

In the meantime, other uses and connotations for the term grew in popularity. "Civil libertarian" is now a common expression for a defender of individual rights without the economic or foreign policy baggage. Cato and Reason have advanced a low-tax, small government, Republican-lite version of libertarianism that is all but accepted as canonical in mainstream politics. As the term gained popularity, its definition changed from a label for a radical ideology with premises from which one can reason into a qualifying adjective for a mainstream politician or movement.

With Barr and Root's nomination by the LP, it is now clear that libertarianism is a word that is still struggling with its own confusing definition. However, there is good reason for the public to know and misidentify the beliefs surrounding libertarianism, given the common use of the term now for decidedly non-libertarian agendas and politicians. It seems the word "libertarian" may eventually, if not already, be lost to the radicals.

What can we learn from this?

The preoccupation with penetrating the public consciousness with marketing techniques is, in my mind, a key lesson for the libertarian movement. We've spent so much time drilling the word "libertarian" into the public awareness that we forgot that words are just symbols - they don't have an essential meaning. They are given meaning by consensus, by their usefulness in describing our reality. For most people, because they are still firmly attached to - and support - our statist establishment, libertarian came to mean what made the most sense to them: smaller government, not illegitimate government; more freedom, not unconditional individual liberty; capitalism, not radical free market economics.

It must be understood that, from an organizational perspective, Barr / Root is the strongest ticket since the party's formation. Not only is Barr a seasoned, mainstream politician, but McCain's rejection by many conservatives will likely result in more votes for the LP than ever before. Yet, if the LP and it's candidates don't advance libertarian principles consistently, if they adapt to the public's understanding of libertarianism rather than advancing the radical, true agenda, how is the candidacy, the organization, the label "libertarian" any sort of progress for our movement?

Perhaps more than other philosophies, the agenda and conclusions of libertarians require individual inquiry and reasoning. This has obvious disadvantages in our modern political system. Campaigns sink or float based on their ability to convey a tight, powerful message - sometimes even just an image. Our modern political conversation is one of competing slogans, catch phrases, cliches, personalities - anything but substantive, soul-searching, reasoned consideration of principles and facts.

It seems to me that if we want to build a libertarian world, we need to build a thinking world. Our success depends on others becoming better people, essentially - thinking for themselves, asking tough questions, going through something similar to the path of self-discovery and reflection that brought us to libertarianism. This flies in direct contridiction to the marketing approach of modern campaigns, which package up an identity built around some canned conclusions and prefabbed positions. We're not challenging voters, but merely offering our candidates on the menu. While much of libertarianism is based on moral maxims that a child can understand, we shouldn't be surprised that the public has taken the parts of libertarianism it was comfortable with and rejected the rest.

Look: building a "brand identity" suggests offering "consumers" a convenient collection of political tendencies and conclusions. One can simply latch onto this brand and start using it as a way to identify oneself and distinguish oneself without any necessary thought or reflection. I thought this was one of the major reasons radical libertarians rejected state politics in the first place!

In trying to build a brand around libertarianism, did we lay the foundation for the term's demise? I'm starting to wonder if basing our advocacy for a voluntary society on convenient shorthand labels is actually the best strategy even in extra-electoral matters. Sure, it gives people a word to describe us, and that has utility. But do we want to be simply "named", or do we want our ideas to be understood, internalized, and appreciated on their own merits?

Obviously, the best strategy would involve action. Actions get the public's attention and challenge people to explain them. The more we get people thinking outside the box they're used to occupying, the more that discomfort will translate to the kind of reflection and soul-searching that might lead them down a libertarian path (it could also lead them in other directions; however, I'd rather be a political minority in a thinking population than an unthinking one).

Perhaps the time has finally come that I must seriously consider ceasing to use the term "libertarian". What I replace that label with, I do not know. Part of me thinks we need to get beyond labels, to stop using shorthand with our fellow humans, and start getting into the long, drawn out, frustrating conversations that actually facilitate growth and understanding. Even if we continue to identify as libertarian, we must never use that word as an excuse not to explain ourselves and listen to other's explanations. Ultimately, if we desire the kind of voluntary society we say we do, we're going to have to engage much more actively with the public at large and start offering them opportunities to think and speak outside the matrix.

Read this article
Written on Saturday, May 31, 2008
blog comments powered by Disqus