My shift from minarchism to anarchism was not completely, or even substantially, motivated by a distaste for government (I already had that). Rather, anarchism is a way of looking at the human condition that does not presuppose the power relationships we take for granted. I grew to view state politics as but one manifestation of these underlying relationships.

If the way in which we organize and think about ourselves precipitates certain outcomes, perhaps we can effect different, more desirable outcomes by choosing different organizing ethics. Such an examination leads one in an extremely open-ended - yet liberating - direction, where these ethics and their premises are finally considered on their own merits. To quote Einstein, "The significant problems we have cannot be solved at the same level of thinking with which we created them." So how do we start to talk about that next level of thinking?

The existence of this uncharted territory, outside the pragmatic confines of our regimented, conservative society, is not directly explored in Butler Shaffer's Calculated Chaos: Institutional Threats to Peace and Human Survival. Admirably, Shaffer wastes no time arguing for his - or any - particular solutions to mankind's many crises and problems. Instead, he takes the revolutionary step of removing the veil of indifference and deference to the primary units through which we realize our agendas: institutions. The book is a cataloging of the myths we tell ourselves and each other to keep things comfortable and stable at the expense of our freedom.

Written almost a quarter century ago but still penetratingly relevant, Calculated Chaos tries to strip down our modern managerial society into its basic organizing ethics. Shaffer's thesis may seem awkward at first, but through careful examination of society the weight of this argument is established throughout the book: 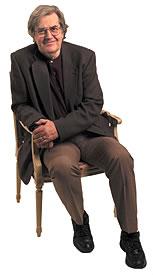 Briefly stated, the basic theme of this book is that institutions are the principal means by which conflict is produced and managed in society. Peace is incompatible with institutional activity. Stated another way, the success of institutions depends upon the creation of those conditions in which personal and social conflict will flourish. We experience so much conflict in our lives because we have permitted ourselves to be organized into self-perpetuating, self-justifying organizations with which we have identified our personalities and to whom we look for direction. We have allowed our lives to be taken over and monopolized by a variety of political, religious, educational, economic, and social agencies over which we have little, if any, influence. These entities have helped us construct the barriers that not only restrain us, but keep us separated from one another and serve as the boundary lines for the intergroup struggles of which we are part. Through these groupings, we have helped to institutionalize conflict, to make it a seemingly permanent and necessary feature of human society. Such conflict has not resulted from mere accident of inadvertence, nor has it been the product of vicious or depraved minds. Rather, for reasons to be developed herein, conflict is a condition upon which the health and well-being of institutions is absolutely dependent.

It is crucial for anarchists and libertarians to note that he is not confining this argument to the state, though he devotes a whole chapter to "the people pushers" of politics. In order to appreciate the weight of this book, you must understand that his argument applies just as much to the Catholic or Baptist churches, to the activist groups of the left and right, to the corporations, to the Kiwanis and Rotaries, and so on.

Not all groups are institutional, Shaffer argues. By institutions, he means:

any permanent social organization with purposes of its own, having formalized and structured machinery for pursuing those purposes, and making and enforcing rules of conduct in order to control those within it.

A key distinction for Shaffer between institutional and noninstitutional forms of organization lies in part in the formality of such groups. People coming together for a common purpose of their own is not institutional, because the group is merely a convenience for each individual pursuing their interests. The problem arises when the group becomes something more than that: an entity in its own right, with interests and purposes independent of its members'. Surprisingly (for a LewRockwell.com columnist) he even challenges some Austrian sacred cows:

What begins as a simple division of labor, a system of specialization designed to allow the work of the group to get done more efficiently, becomes a division of purpose, with group members segregated into a chain of command. When this takes place, the organization is no longer a tool serving its members: the members have become conscripts in service to the organization.

It should be clear by now that Shaffer plays no favorites in his critique of institutional society - everything is game for the thinking individual.

Yet individualism is not Shaffer's bag, either. To him, that philosophy is just as reactionary as the collectivism of many institutions:

The search for human liberty is not one in which every individual is arrayed against the presumed collective of all others, or of one group struggling against another group, but is a pursuit that should serve to unite us on the basis of our common desire for the autonomy we require if we are to experience self-fulfilling transcendence of our continuing evolution.

If there is an individualistic theme to Shaffer's argument, it is only because of his insistence on the personal part each of us play in the conflicts that make institutional society function. In contradistinction to the group identities of institutions, Shaffer discusses the spontaneity and intimacy of community, and the need to know and be yourself within it.

Self-analysis and self reflection end up being the lynchpins of this book. Much of our dilemma stems from personal values and assumptions we've accepted of our own free will without careful thinking - sometimes because of indoctrination, often out of laziness or a lack of self-esteem. Calculated Chaos is in many ways not a call for society to change, but for the reader to rediscover himself.

I must admit my surprise at how metaphysical Shaffer's book becomes as it delves deeper and deeper into the personal nature of the organizational ethics and principles underlying our society. For instance, Shaffer proposes that institutions serve as surrogate identities that allow us to expand what he calls our "ego boundaries". This imperative to seek outside ourselves for purpose and meaning arises, he posits, from failing to train our attention on the present moment and allowing narratives of reality to arise that are incomplete and simplistic. Institutions encapsulate a convenient myth that divorces us from the responsibility to know ourselves fully, providing contrived identities to which we can cling. These identities and allegiances drive the interpersonal and intergroup strife that establishes institutional primacy because we are acting out of a lack of understanding of ourselves.

Shaffer provides very few answers in his exploration of the conflicts we have established within and without ourselves, preferring to ask questions that challenge the hidden premises of our institutionalized society. This is uncomfortably deliberate: one of Shaffer's theses is that institutions thrive in regimented, predictable environments where events conform to articulable principles and systems. To transcend the conflicts created by our institutional manners of thought, we must appreciate that our need formality certainty is largely artificial and unessential, serving the purposes of institutional perpetuation and organization more than our own. A dogmatic, rule-oriented approach to reality will always be necessarily limited, because it's built on assumptions of stability and order based on past experience instead of present experience. By participating in these rigid, static systems of thought, we lose our awareness for the present, which is dynamic, mysterious, and able to be apprehended without inhibition or formula.

It is in this speculative, inquisitive, inward-directed manner that Shaffer explores "our well-organized conflicts". Anarchists would find the idea that institutions create the conditions of strife and discord that give them their social functions quite unremarkable. But Shaffer goes deeper, locating the origin of institutions in our own minds and hearts. It is through sublimating our own selves to institutional identities, adopting the views that reinforce their purposes and interests, complying with and depending upon their expectations, direction, and mobilization, that we realize a world so chaotic and conflicted.

Calculated Chaos advances the unthinkable political concept that you and I are responsible for the institutional dysfunction of society. This seems hard to accept because radical politics is built on identifying enemies in things outside ourselves that compel and control us. Shaffer's book is a new take on the philosophy of liberation: we have made the agendas of institutions our own agendas, but we can choose otherwise. To all left libertarians, anarchists, and advocates of a voluntary society, I give this book the very highest recommendation possible.