The empire is not American, but Washingtonian

It takes a deep historical awareness to recognize the legacy of revolution in this country. Modern American society worships at the feet of a god called Stability, and both American revolutions are painted as quaint relics of a time before antibiotics, mass production, and automobiles. The idea of people like you and I standing up to the greatest empire in the history of the world, let alone successfully seceding from their dominion, strikes most people as a frightening thought.

But it's also a very confusing concept, given that at the start of the 21st century it is "we" who are the world power, the globe-trotting empire on which the sun never sets. With a military deployed in hundreds of countries throughout the world, ultimate control over international finance, and a culture of images, packages, and plastics that is readily exportable, it's hard to reconcile our agrarian, decentralist beginnings with what we've become. Now that U.S. foreign policy has expanded from mere internationalism to preemptive warfare, the myths of American exceptionalism and goodwill are becoming more hollow, which causes the blowhards of national politics to bellow them with ever increasing shrillness. It's as if a country founded on individual liberty and restricted government has paid its dues and is now allowed to be what Britain in the 18th century couldn't pull off.

And yet, our national story is still strong enough to pay tribute to that humble but bold spirit of 1776. At least, that's the story when it serves the purposes of the politicians in Washington, D.C. It's as if, contrary to the warnings of the founders, the now safely distant revolution already worked, and that's the end of any of this revolution nonsense. An ancient event bequeathed upon us a constitutional government and guaranteed us rights of whole cloth - after all, it says so on those scraps of parchment at the Archives. Any serious talk of independence in this day and age is likely to get you a ticket to Guantanamo Bay amid vague references to "national security".

What is the nature of this supposedly free, sovereign nation in which we find ourselves? What relationship does this government have to that desperate compact of gentlemen who were willing to risk their lives, fortunes, and sacred honor? And how do we reconcile our foreign policy with our domestic heritage? Or does our whole approach to this dissonant national endeavor need retooling?

I think it does. Is the lobbyist-driven agenda of corporations, special interests, and political culture really any less distant than U.S. foreign policy? Do we have any authentic control over the decisions in our society that affect us? Or are we just treated as fungible units of polity that have only to be deftly mobilized by public relations wizards in pursuit of an agenda fundamentally alien to us? What, in other words, is the difference between our powerlessness within the borders of the U.S. and the powerlessness endured by the residents of Iraq and Afghanistan?

Instead of contrasting our experience under our government with that of its foreign victims, we might do well to compare the experiences. We've been taught from a very young age to distinguish American citizenship from that enjoyed by citizens of other countries, chiefly by virtue of our unique institutions of governance. But it is these same institutions that are being built in Iraq: a democratic, constitutional government with corporate control and obedience to international capital, with an established U.S. military presence to ensure "stability in the region". These features are proving just as confounding to their freedom as their American counterparts are for us.

Through overwhelming military force, claims of moral privilege, and alleged threats - not unlike the P.R. which allowed the U.S. to conquer the west and the south in the 19th century and frame it as "liberation" - the U.S. government is imposing a democratic government and a market economy on an unwilling people. Meanwhile, the U.S. government is also continuing to ratchet up the police state at home even as it practices martial law in Iraq. Just as there were Tories and other people loyal to the crown during the American Revolution, the federal government finds plenty of lackeys in the fifty states, Iraq, Afghanistan, and indeed throughout the world to do their dirty military or paramilitary (law enforcement) work. Legislative creep and sheer audacity constantly expand the scope of lawful authority, defining down the degree of liberty an individual can expect to enjoy. Participation in the decisions that affect us is framed as a set of predetermined choices provided by the establishment rather than a direct say at the local level. And all of these features bring more and more of the world under direct control of Washington - both the world within U.S. borders and the world outside them.

For it is into Washington, in the District of Columbia, that all the spoils of these policies flow. The D.C. metro area is among the fastest growing in the nation, despite having no productive civilian industry to speak of (except perhaps I.T., but no more than any other city if you discount government contracting). Not only is it the seat of governance for the country, it is the clearing house for the international policy of most nations. By enticing Americans to "work within the system" to influence policy, citizens legitimate the process by which power and authority are steadily concentrated. An entire lobbying industry has sprung up from the need to have some say in this process; doing business in the empire has a high cost of entry, and once you get a seat at the table it's plunder or be plundered. As more people see D.C. as the place where decisions are made, rather than local governments or foreign capitals, the amount of money and people pouring into the city will continue to grow, while localities and other countries become bureaucratic appendages of D.C. policy.

This isn't to say that there aren't people outside D.C. who cannot benefit from its decisions; in fact, plenty of people throughout the world ally themselves with federal policy for their own particular advantage. But to that extent they are not really citizens of the localities they just happen to occupy, but favored subjects, emissaries of the Washington government. They think of their interests in terms of, and as dependent upon, the federal government. Local consequences of national policies are of secondary concern. This political class of policy wonks, politicians, media chumps, businesspeople, military leaders, etc. have internalized D.C.'s political mechanics so deeply that they intuitively behave in ways consonant with its bureaucratic worldview. Even their disagreements with the status quo are framed in terms which never undermine the primacy of the federal government's authority. These people, disconnected from the human-scale, particular communities that used to be the picture of America, are merely the functionaries of imperial control in their regions. They serve national institutions, assemble their interests according to federal politics, and benefit accordingly from the growth of Washingtonian power.

This dynamic is exceptionally interesting for a country that claims to be a constitutionally limited republic. The parallel trends of stronger government and centralizing government dovetail with other imperial powers in history. In all cases, these successful empires of yore succeeded in building a hierarchical but distributed system of decision making while maintaining the chief prerogative to exercise power at the top. As power continues to aggregate in the spaces between Virginia and Maryland, one must begin to wonder whether D.C. is the capital city of a federation of states or, rather, a city-state that controls a vast empire.

But it's not just that Washingtonians rule over an overseas empire; it's that domestic U.S. territory is increasingly treated as part of the conquered territory, rather than as the source of state legitimacy. Sure, we have elected representatives we send to D.C. from all over the country, but experience shows that only in the rarest of occasions do they not adopt the Beltway outlook of going along to get along with the system. Instead, they "play the game" to bring home as much of the spoils of empire (taxation and government contracts for further imperialism) as possible. In the process, they cease to represent their constituents in D.C., preferring to represent the Washingtonian agenda in their respective localities. They become little Paul Brehmers, advocating policies that promote the more effective rule of the domestic and foreign empire. They measure success in terms of how they can coax or coerce the locals into compliance with necessarily foreign interests.

If it is policies in Washington, D.C. that are changing this country into an empire, it is inaccurate to label the empire "American". Clearly, the vast majority of Americans are not participating in it, but are merely "preferred subjects" in territory as occupied as that in Iraq and Afghanistan. We are magnanimously allowed to have self-rule to the extent that it does not conflict substantively with the imperial agenda, similar to Palestine under Roman (and, arguably, Israeli) control - indeed the organization of states, congressional districts, counties, etc. constitute a ready-made hierarchy for imperial governance. D.C. can even be quite generous in granting autonomy once the locals internalize the imperial identity and start seeing themselves as citizens of the empire. But all of our local governing institutions are as enmeshed in federal money and authority as the Iraqis'.

If the decision-making bureaucracy, military might, and economic clout are all based in Washington, doesn't it make sense to call this system the Washingtonian empire, rather than conflating it with the disenfranchised subjects in the fifty states? It's no more an American empire than it is an Iraqi or Afghan one. By labelling this as an empire based in the city-state of Washington, D.C. rather than in America, we can tacitly establish several arguments: 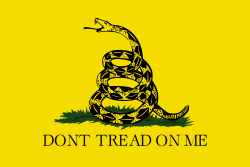 The Washingtonian Empire is the largest, richest, most powerful, most hierarchically distributed, and most subtly maintained in history. It is so successful that it has even managed to proceed with its agenda without much notice as to its true nature. We should stop trying to get people to take responsibility for the decisions of a foreign city-state, because this only encourages the conflation of their American identity with an alien one.

By drawing on our revolutionary, anti-colonial legacy, we can frame the American political experience as one of historically consistent subjugation. We can then find common ground with other victims of American imperialism while articulating an authentically decentralist agenda. While we need not achieve the full independence we originally sought from the crown, no reconciliation can occur without a large degree of autonomy and an end to Washington's imperial designs. The sooner we adopt an approach to our political condition that treats our country as occupied territory, rather than unwillingly benefiting from occupation elsewhere, the sooner we can build a radical, populist, extra-electoral American movement that works against the system rather than feeding it.

So let's stop arguing whether or not America is an empire,and start figuring out what we're going to do about the city-state of Washington, D.C. and it's worldwide dominion.