Virginia: No Longer Part of the South

With the passing of the smoking ban, Virginia demonstrates that, when it comes to individual liberty, its ongoing urbanization renders it just another Mid-Atlantic nanny state like New Jersey, Maryland, and New York. I don't need to rehash the libertarian arguments against smoking bans in private establishments. I will, however, note the following: 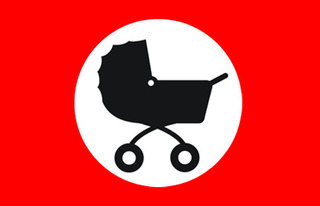 It's time to stop pretending our self-important, philosophical civics lessons wrapped in political activism work. Our outrage at the state, heartfelt as it may be, is not nearly enough to constitute the necessary resistance, nor is the rhetoric it produces adequate to the task of appealing to our fellow man. We have to start showing people that this is not a game: passing superfluous and intrusive laws pits men trained in violence and suppression against peaceful people. Confront the nanny staters directly with the means they've chosen to promote their agendas and ask them why they want to threaten, hurt, and even kill us and our fellow human beings. The stakes are too high to treat this as a friendly debate about ideas.